IsoHunt.to: From Zero to the 8th Biggest Torrent Site in Just 2 Months 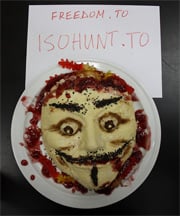 When popular torrent site isoHunt.com shutdown on October 17, 2013, it marked the end of an era.

Having endured a several-years-long legal battle with the MPAA, owner Gary Fung sensibly negotiated a way out of his potentially ruinous copyright infringement predicament, eventually settling for a headline amount of $110 million, something (thankfully) he’ll never have to pay.

Nevertheless, the end result was that one of the Internet’s favorite torrent sites, with an owner that was both visible and well-liked, shut its doors for good leaving users without their regular home. Seeing an opportunity in waiting, a torrent-friendly group seized the day.

Within a couple of weeks, isoHunt.to was born. The site is a loose clone of isoHunt.com – graphically similar but with no connections to the original isoHunt team – with an aim to give former users a pace to share files. Just two months later at the end of 2013, isoHunt.to was making serious waves. From a standing start the site became the Internet’s 8th most popular torrent site, slotting in just behind 1337x.org in the overall top 10.

“When we launched isohunt.to we gained the level of about 200k uniques per day in about a week. Right before Christmas we hit 500k uniques per day. After that we’ve been going up and down but the overall trend remains upward,” an isoHunt.to admin informs TorrentFreak.

“Of course, many people are looking for ‘isohunt’ and that drives them to us. But there’s a lot of new traffic as well. We do lots of stuff to keep users happy and improve the site constantly. In a couple of days we’ll be rolling out another pack of features we’ve done since Christmas. Hopefully, users will be satisfied.”

While it’s certainly likely that millions of users are now happy at having a familiar looking site to frequent, the same can not be said about people who worked on the original isoHunt. When the clone site launched some quite understandably felt that it was unfairly trading on isoHunt.com’s image, not to mention their hard work.

“We tried to contact former isohunt.com members (admins and moderators) to get involved with the new site but we were rejected in a very rude way,” the isoHunt.to admin explains.

“Their position is clear – isohunt.to is a ripoff and our intention is only to make profit from the well-known brand. They have contributed so much into the original website it’s painful for them to see a wannabe isohunt in a current condition. But their rejection just means we have to continue ourselves. We may not reach the same heights as isohunt.com but we’ll definitely try to create a new wave of isohunt followers and make a new home for them.”

But in the world of file-sharing there is another bogeyman that often raises its head. When sites come out of nowhere and quickly start getting big, people question their motives. Is it money? Is it malware? Or, God forbid, do they have something even bigger up their sleeve?

“Since honeypots have been created over the last few years some people thought (and still think) our site is a honeypot made by MAFIAA,” the admin explains.

“It’s interesting to read comments where people assume we work for a government agency like the FBI, or an organization like the MPAA and others. We don’t blame them, we would probably think the same. And we don’t try to encourage these people into using isohunt.to. Everyone should decide it for himself or herself. But there are plenty of opportunities to be anonymous on the net. Just a hint,” he adds.

But despite the setbacks, the popularity of the site is booming and while some won’t use the site, others have put the past and other worries behind them.

“There are lots of people saying we made them happier with the new isohunt. When they found out the original site closed down many regular users felt like a huge part of their lives had just disappeared. They were sad and lost. That shows us again how great the original place was and how immense was the effort to keep it going. We can only see a fraction of that but are happy we can preserve something valuable for people.”

Finally, the isoHunt.to admin says he believes that the new site is in itself symbolic of torrenting.