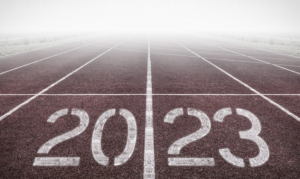 YTS remains at the top of the list in 2023, despite the fact that the site and its users were subjected to various lawsuits in recent years.

The main YTS domain name continues to draw millions of visitors per day. That’s quite an achievement when considering that the site only lists movie torrents.

The annual list of popular torrent sites features well-known brands, and this year there are some notable additions. The new entrants are a pair of gaming-focused sites; skidrowreloaded.com and igg-games.com.

The two newcomers replace TorrentGalaxy and LimeTorrents, which remain online but were simply surpassed in traffic terms. If we had to signal a trend, we would point out that niche sites are becoming more popular, relatively speaking.

We have limited the list to English-language torrent sites, which means that sites such as Rutracker.org, Rutor.info, Dytt8.net and Etoland.co.kr are not included, despite the fact that they have substantial traffic numbers.

Finally, we have to stress that the yearly ranking is based on single domain names. If proxy sites and alternative domains were taken into account, The Pirate Bay and others would rank higher.

Below is the full list of the top ten most-visited torrent site domains at the start of the new year. The list is based on various traffic reports. Please note that this list is created as a historical record, to keep track of the popularity of these sites over time.

We do not recommend or endorse using any of these sites. Some are known to link to malicious ads, at least incidentally. BitTorrent technology itself is not illegal but may only be used to share content with permission from the rightsholder.

YTS.mx is the unofficial successor of the defunct YTS or YIFY group, which shut down a few years ago.

YTS has been the target of several lawsuits in the U.S. over the past few years. The operator signed a consent judgment and agreed to hand over user data to rightsholders. As a result, several YTS users received settlement requests or were sued instead.

In 2023, 1337x retains its spot in the top three. Unlike some other sites, it has a dedicated group of uploaders and bots that provide fresh content on a daily basis.

NYAA.si is a popular resurrection of the anime torrent site NYAA. While there is fierce competition from alternative pirate streaming sites, the torrent portal continues to do well, climbing two positions compared to last year.

RARBG has remained steady over the past year. The site operates from several popular domain names, but only the one with the most traffic is taken into account for this list. RARBG was founded in 2008 and specializes in high-quality video releases.

After well over a decade of occupying the top spots, The Pirate Bay has now dropped out of the top three. Despite some technical issues and occasional downtime, the site continues to draw a large audience.

The Pirate Bay continues to operate from its .org domain but is also available through many proxies. The site’s registrations remain closed, however, and comments are still disabled.

FitGirl Repacks is by no means a traditional torrent site. It is the home of a popular ‘girl’ who releases slimmed-down cracked versions of popular games, which keeps download times to a minimum.

FitGirl, who we interviewed in 2020, publishes torrents on other sites too but also offers magnet links of their own, which is why we included the site here.

Skidrow and RELOADED are two iconic game-cracking groups. This likely served as inspiration for the people running Skidrowreloaded.com, which is a blog-style release site featuring popular game releases.

The site’s Twitter account has been banned, but the domain itself remains online, making its first appearance in the top 10 this year.

Due to IGG-Games’ popularity, another gaming-focused site enters this year’s Top 10. IGG-Games is no newcomer though; the site has made headlines on a few occasions and continues to climb up the ranks.

EZTV.re is a controversial TV-torrent distribution group that hijacked the EZTV brand from the original group, which was forced to shut down soon after.

The site still has some decent traffic, but it likely suffers from the rise of pirate streaming sites.

Launched a little over four years ago, TorrentGalaxy is a relatively new torrent site. It has a dedicated group of uploaders and an active community. In addition to torrents, TorrentGalaxy also makes some releases available for streaming.

Disclaimer: Proxies and clear copycats are excluded. Please keep in mind that many sites have mirrors or alternative domains, which are often not taken into account here. The yearly list is published as an informational / news resource. The 2022 torrent site list is archived.