TorrentFreak’s 19 Most Read Articles of 2019 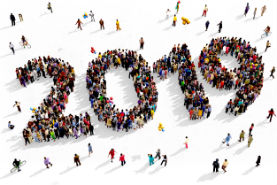 Every year we write over 800 articles here at TorrentFreak, and some are more popular than others.

On the brink of the new year, we look back at 2019 by going over the 19 most read news items of the year.

All in all, it was quite a controversial year once again. There were some very prominent enforcement actions and shutdowns, with Xtream Codes, Openload, Gears Reloaded, CotoMovies, Vaders and many others being targeted.

In addition, there was a lot of interest in leaks as well, especially those of Avengers: Endgame and screeners of the TV-shows American Gods, The 100, Bless This Mess, and Knightfall.

Police in Italy announced a huge anti-piracy operation against the company operating popular IPTV service management system Xtream Codes. Searches were conducted in several countries including Italy, the Netherlands, France and Bulgaria, in a claimed effort to dismantle the company’s entire infrastructure.

Just hours after Avengers: Endgame premiered in China, a cammed copy appeared online. Data reviewed by TorrentFreak revealed that the movie was initially shared by exclusively China-based torrent users, but it soon spread all over the world.

YouTube sensation and founder of ‘pirate’ IPTV Gears Reloaded ‘OMI IN A HELLCAT’ said he was raided by the FBI who “took everything”, including his huge car collection. According to him, the FBI are investigating a variety of issues including the IPTV service, tax filings, and money laundering.

4. Openload and Streamango Shut Down by Anti-Piracy Alliance ACE

Openload, one of the largest file-hosting sites on the Internet, agreed to shut down its service. Openload.co and several related domains, including Streamango, were taken over by global anti-piracy coalition ACE.

5. The Xtream Codes IPTV Takedown is Complex and Confused

The international law enforcement action against Xtream Codes and what appear to be several entities using its services, turned out to be a complex affair.

Our yearly overview of the logging policies and other privacy and security features of dozens of VPN providers.

Reddit banned its popular /r/mmastreams sub-Reddit. Following numerous copyright infringement complaints, the 165,000 member community must now find a new home. After a controversial Twitter outburst, some believed that an ex-UFC fighter should shoulder part of the blame.

Popular movie piracy app CotoMovies shut down following legal pressure. The app’s developer issued an apology to filmmakers while urging former users to switch to legal services instead. CotoMovies further stated that it would transfer user data to the copyright holders.

Unreleased episodes of several high-profile TV-shows including American Gods, The 100, Bless This Mess, and Knightfall leaked online. The leaks came from promotional screeners, some of which carried revealing watermarks.

10. RARBG Adds .EXE Files to Torrents, But No Need to Panic

RARBG began adding what first appear to be .exe files to their torrents. Considering that these executables are often linked to malware, some people started to panic.

In addition to traditional magnet links, many Pirate Bay titles started to feature a streaming button, which allows users to stream movies and TV shows directly in the browser on a new site called BayStream.

When Disney’s exclusive streaming service launched millions of users signed up. However, others went to pirate sites instead. For some, this is the only way to watch the highly anticipated Mandalorian series.

1337x.to, one of the world’s most popular torrent sites, was blocked by anti-malware company MalwareBytes. The tool claimed that 1337x is engaged in “fraud” and that it tries to steal people’s information or credit card details.”

A developer going by the handle ‘Urban Guacamole’ launched Torrent-Paradise, a torrent index that is powered with IPFS. Short for InterPlanetary File System, IPFS is a decentralized network where users make files available among each other.

15. The Pirate Bay’s Stuck in Time, No New Uploads

The Pirate Bay’s upload functionality broke down for several days. This meant that users were unable to upload any new torrents to the site.

Vader, one of the leading providers of pirate IPTV services, shut down. The service insisted that no customer information would fall into the wrong hands. It was later revealed that the platform was targeted by the Alliance for Creativity and Entertainment.

The massively popular manga comic scanlation platform Manga Rock announced its pending shutdown. The site’s operators say that they now realize how much damage piracy does. They are committed to relaunching as an authorized service, MR Comics, in the near future.

18. The Pirate Bay Moves to a Brand New Onion Domain

The Pirate Bay ditched its old and mostly unreadable Onion domain for something more recognizable and potentially more permanent. The switch was reported to TorrentFreak after Pirate Bay proxy sites noticed extended downtime on the old domain.

19. Bandersnatch is a Pirate Hit Without Interactivity, But They’re Missing Out

Netflix released Bandersnatch. The latest installment of the Black Mirror series was interactive, allowing viewers to make choices. One of the big questions is whether the format poses a big challenge for pirates to replicate.

All DMCA Notices Filed Against TorrentFreak in 2019 Were Bogus