The popular movie streaming site GoMovies, formerly known as 123movies, is one of the most-used streaming sites. Despite the rebranding and several domain changes, it has built a steady base of millions of users over the past year and a half.

And it’s not done yet, we learn today.

The site, currently operating from the Gostream.is domain name, recently launched a new spinoff targeting anime fans. Animehub.to is currently promoted on GoMovies and the site’s operators aim to turn it into the leading streaming site for anime content. 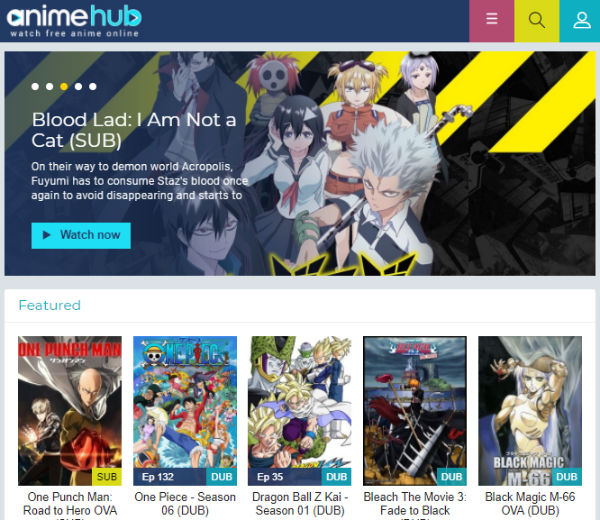 Someone connected to GoMovies told us that they’ve received a lot of requests from users to add anime content. Anime has traditionally been a large niche on file-sharing sites and the same is true on streaming platforms.

Technically speaking, GoMovies could have easily filled up the original site with anime content, but the owners prefer a different outlet.

With a separate anime site, they hope to draw in more visitors, TorrentFreak was told by an insider. For one, this makes it possible to rank better in search engines. It also allows the operators to cater specifically to the anime audience, with anime specific categories and release schedules.

Anime copyright holders will not be pleased with the new initiative, that’s for sure, but GoMovies is not new to legal pressure.

Earlier this year the US Ambassador to Vietnam called on the local Government to criminally prosecute people behind 123movies, the previous iteration of the site. In addition, the MPAA reported the site to the US Government in its recent overview of notorious pirate sites.

Pressure or not, it appears that GoMovies has no intention of slowing down or changing its course, although we’ve heard that yet another rebranding is on the horizon.