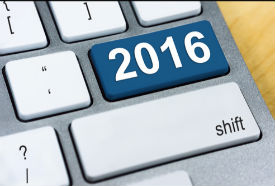 Most file-sharers are creatures of habit, but when their favorite site disappears they gladly hop over to the next one.

This is also reflected in our annual top 10 torrent sites with the most traffic, which sees the usual names on top but also features some dubious newcomers.

Something similar happened to YIFY’s YTS website, when its New Zealand-based admin ran into legal trouble. The official YTS website shut down but it was quickly replaced by the “unofficial” YTS.ag, which gathered a large user-base over the past two months.

Apparently, most torrent users are happy as long as they can get their fix, no matter what the source is.

KickassTorrents (KAT) remains the most visited torrent site and continues to grow. The Pirate Bay is listed in second place and made a strong comeback after nearly two months of downtime spanning the turn of the year. Since the site has been operating from several domain names until a few days ago, we chose not to list an Alexa rank.

Finally, it’s worth noting that Rutracker would have made it into the top five based on the number of visitors. However, we choose to only include English language content sites.

Below is the full list of the top 10 most-visited torrent sites at the start of the new year. The list is based on various traffic reports and we display the Alexa rank for each. In addition, we include last year’s ranking for each of the 10 sites.

(update July 2016: KAT is down)
KickassTorrents was founded in 2009 and surpassed The Pirate Bay in traffic last year. Battling various censorship efforts the site has burned through a few different domain names over the years. Most recently it switched to a Costa Rican .cr domain after it lost its Somalian .so address.

The Pirate Bay is one of the main piracy icons. The torrent site wasn’t online at the beginning of 2015 and had to deal with a staff revolt. However, it quickly regained millions of users after a successful comeback operating from a hydra of domain names until last week.

(Update August 2016: Torrentz has shut down)
Torrentz has been the leading BitTorrent meta-search engine for many years. Unlike the other sites featured in the list Torrentz does not host any torrent files or magnet links, but redirects visitors to other places on the web. The site uses several domain names with .eu being the most popular.

RARBG, which started out as a Bulgarian tracker, was last year’s newcomer and continues to rake in more visitors. The site was blocked by UK ISPs last year, which put it on par with most other sites in the top 10.

1337x has traditionally been a community driven torrent site but several weeks ago most of the admins and moderators abandoned ship over security concerns. The coming year it will become clear whether 1337x can keep its popular status.

TV-torrent distribution group EZTV shut down earlier this year after a hostile takeover. The site continued to operate under new ownership and releases its own torrents now. In solidarity with the original owners several large torrent sites have banned these ‘new’ releases from their sites.

(Update September 2016: TorrentHound is gone)
TorrentHound has been around since the last decade but is a newcomer in the top 10. It has also been on the radar of copyright holders this year. The torrent site is blocked in several countries and was reported as a piracy haven to the U.S. government, alongside many other sites in this list.

YTS.ag has nothing to do with the original YTS or YIFY group, but aims to take its place. As with the new EZTV, several large torrent sites are not allowing the group to use the YIFY or YTS brands on their sites.

TorrentDownloads has been around for several years. The torrent site regained a spot in the top 10 this year after it was featured for the last time in 2011. It’s a no-nonsense index that provides torrents to millions of users each month.